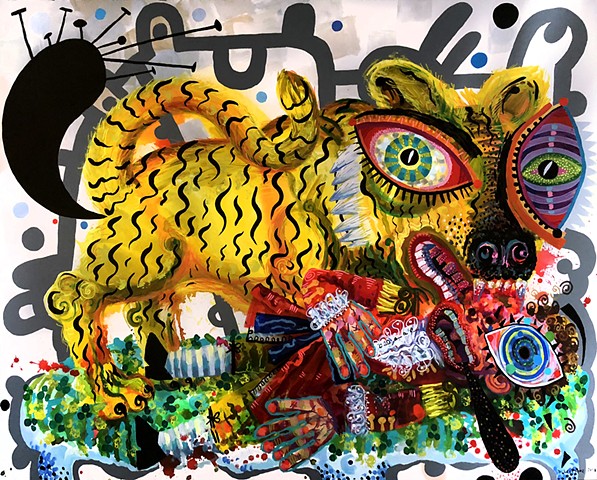 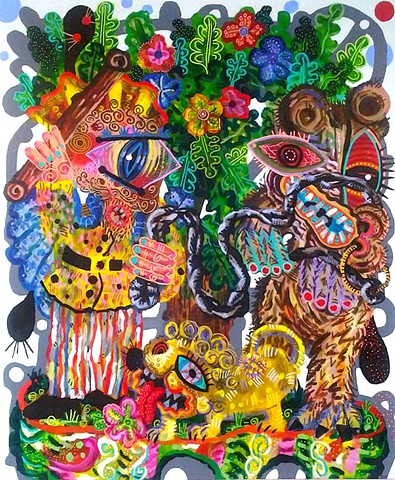 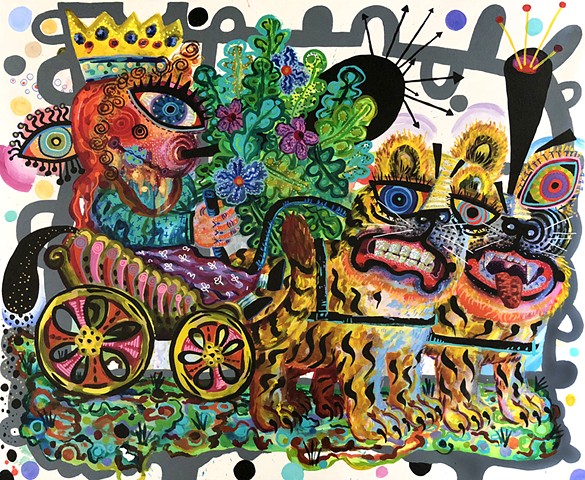 The Chariot
Acrylic on canvas 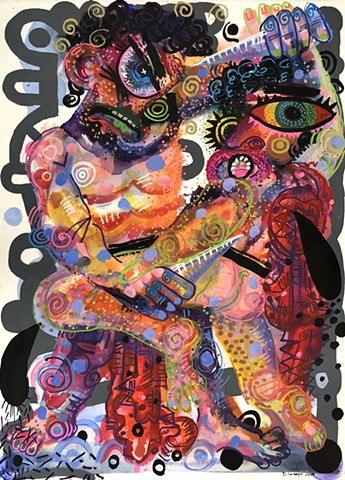 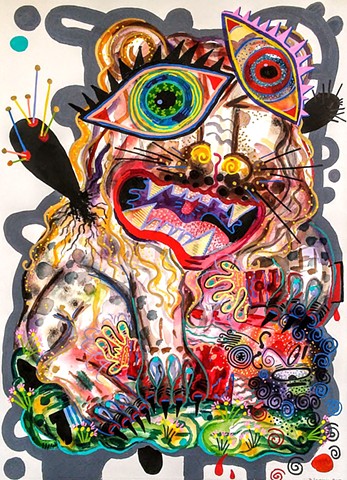 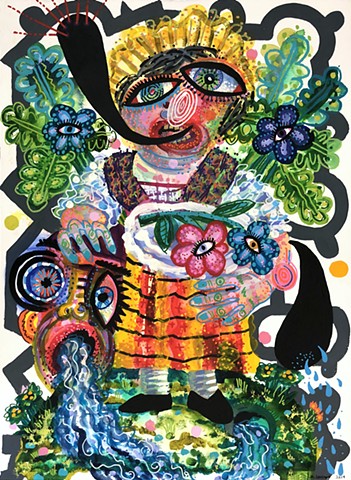 The Source
Acrylic and watercolor on paper
30" x 22" 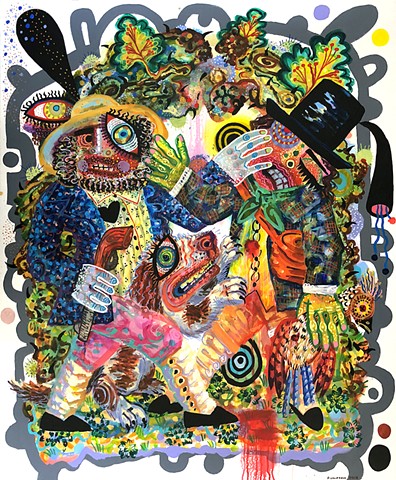 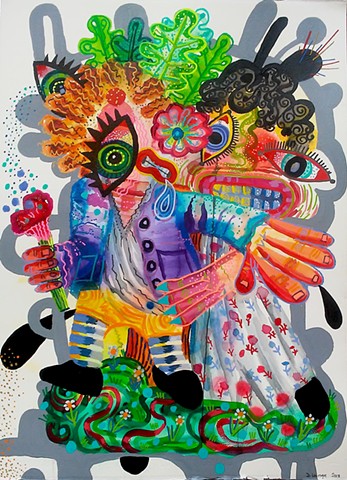 Children at Play
acrylic and watercolor on paper
30" x 22" 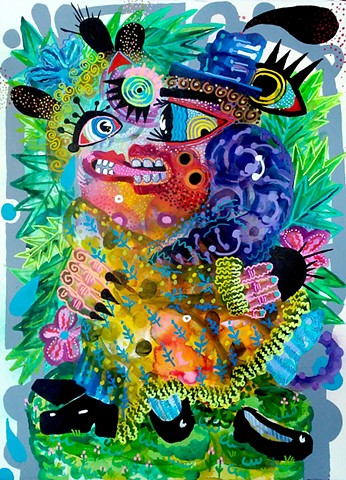 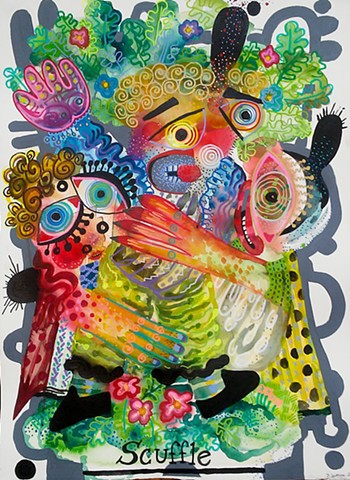 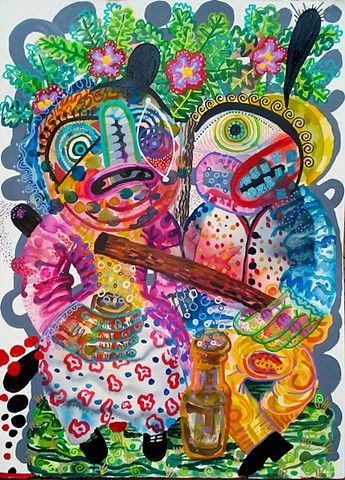 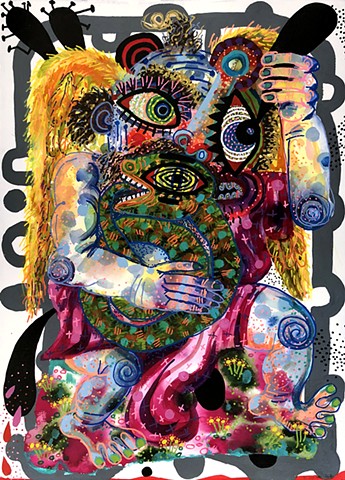 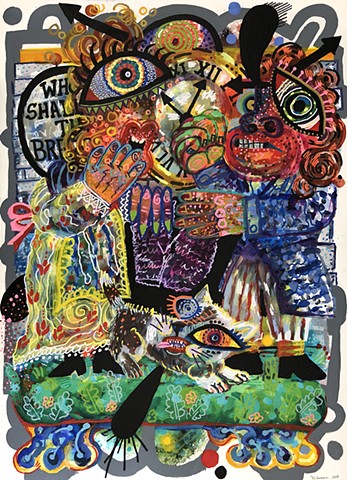 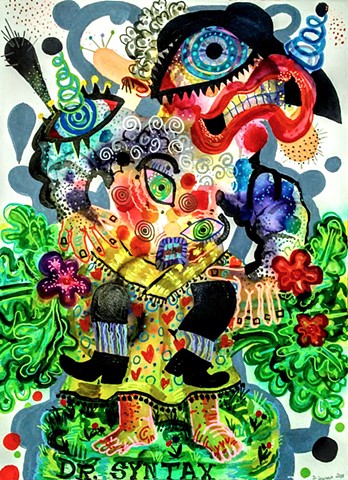 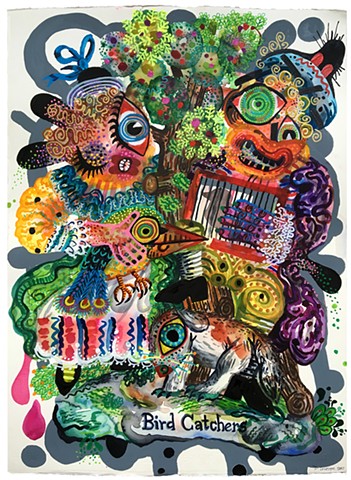 The Bird Catchers
Acrylic and watercolor on paper
30" x 22" 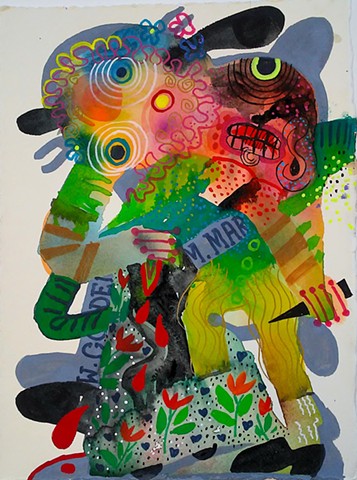 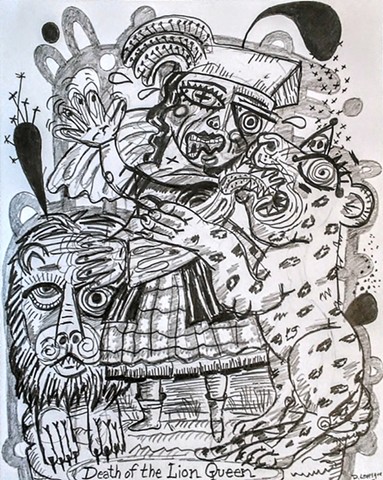 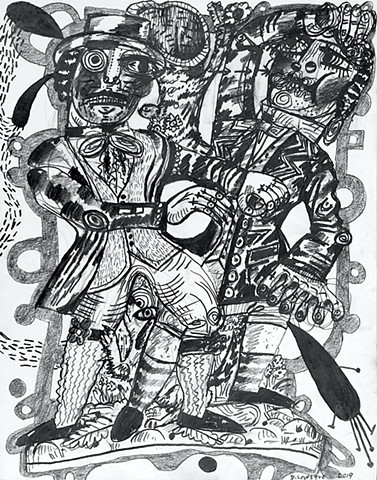 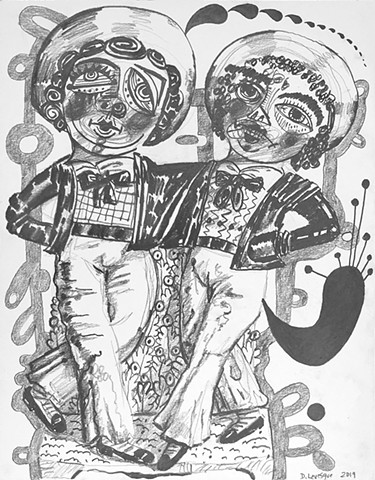 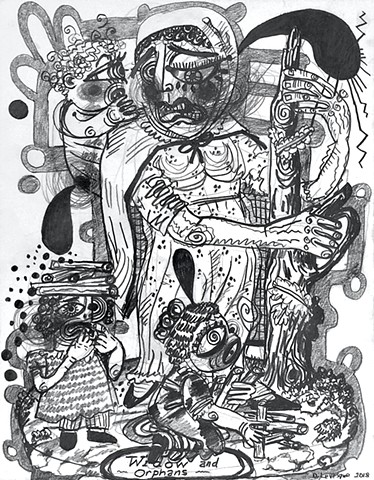 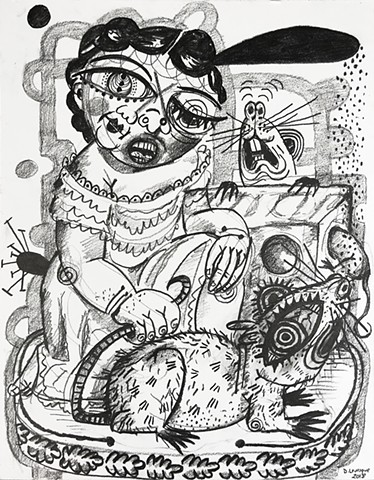 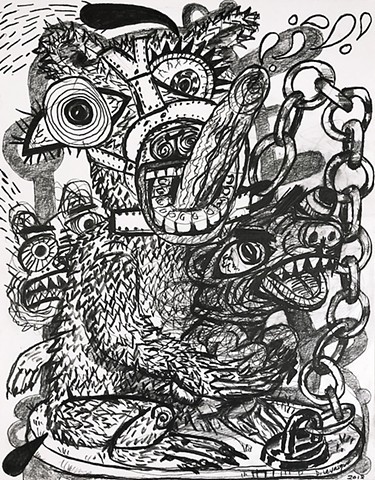 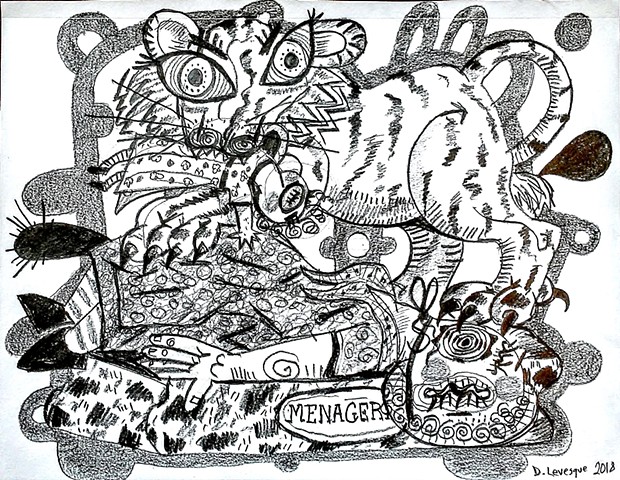 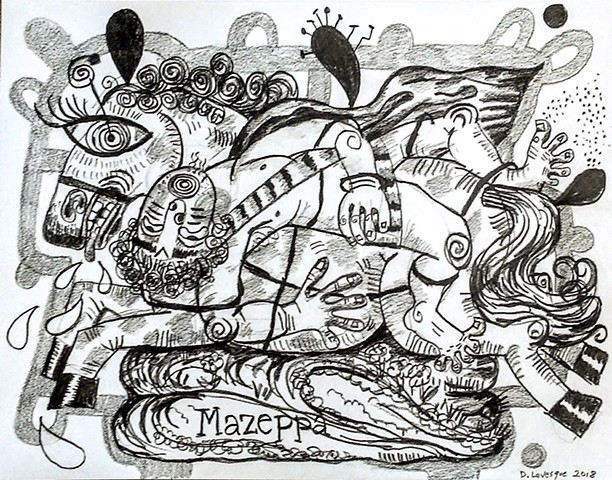 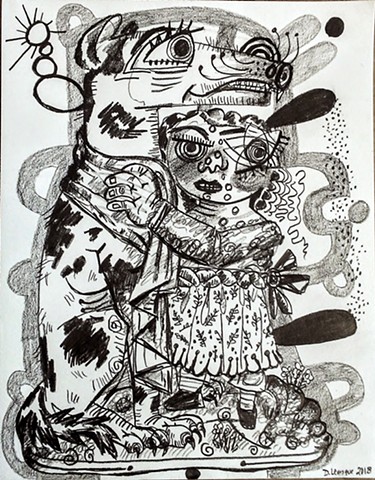 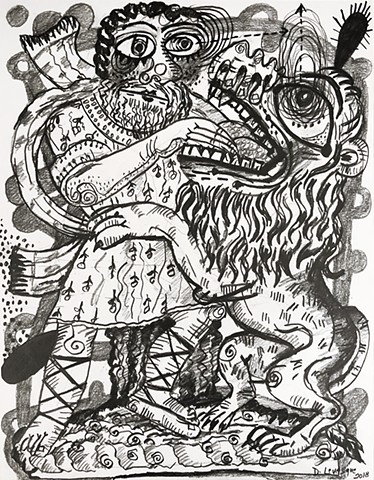 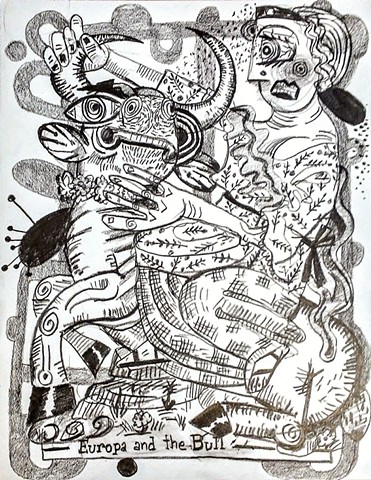 In this series, I have been researching the history of the Staffordshire pottery working conditions from 1740- 1835 and the themes of the figurines produced at that time. I became fascinated that between 1810- 1835 the company added new themes that reflected common lower class idealized pastimes and some rather horrific contemporaneous events such as infamous murders, notorious law breakers, hangings, mauling by lions and tigers, and animal baiting/ fights. The pretty and often gaudily colored objects sold as mantelpiece decorations commemorating such these events were the equivalent of three-dimensional “penny dreadfuls” and satisfied the need of pre-Victorian and Victorian tastes for sensationalism in the public imagination. Many of these figures seem to simplify and disguise the actual living conditions of the working poor during this time, yet they were very popular with middle class consumers. The greatest irony, for my inquiry, is that these objects are now considered highly collectable and expensive. After my initial research, I began to paint interpretations of these figure groups by exaggerating the implied violence and sexuality of the themes through the amplification of the gaudiness and randomness of both the application of color and decorative motifs. I also removed the quaint aura and sentimentality of the original figures. My intent is to utilize the trope of the material culture critique as a form of social commentary in art.